The 2020 orange mountain bikes are looking pretty damn good. This British company are renowned for building tough industrial looking bikes. They are built in Yorkshire, England, which will explain the style of these bikes. They are defined to cope with wet and muddy conditions and to be ridden hard. Here is my breakdown of the 2020 Orange Mountain Bikes. 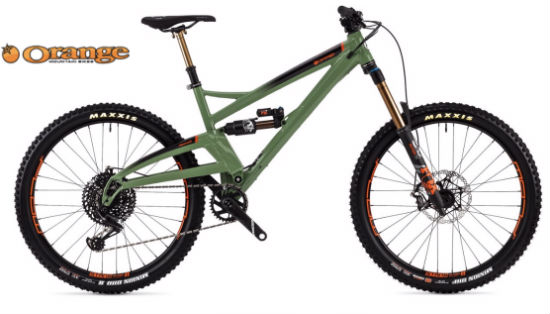 There are some very loyal fans of the Orange Alpine 6 and really don’t want it to be changed. But, it was time to update this enduro mountain bike, so Orange had to find a way to appease the Loy fans while advancing the design. They did this with very intense prototype testing. Check out the image below for the full geometry figures.

There is no mistaking it for any other bike, but every part of this bike is a brand new design apart from the seat tube. This new version has more travel and revised geometry to keep up with modern rider’s demands.

The rear travel has been increased to 165mm and 170mm on the fork. orange claim that the shock’s tune will be more progressive and improve the absorption of small bumps. The geometry sees the head angle to be half a degree slacker, the bottom bracket is 5mm lower and the reach has been extended by 6mm. This all adds up to a more agile bike that is more stable at speed than its predecessor. The chainstay has been increased by 11mm, meaning the rider’s weight is more centralised. This follows the theme that we are seeing from other mountain bike manufacturers. 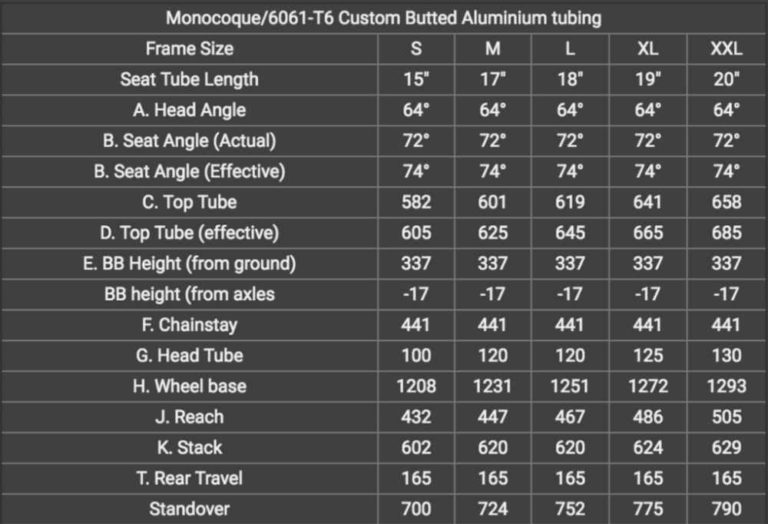 The green one pictured above is the “Factory” version and is second from the top of the range. It is priced at £5,800 and has a really nice spec. It has Fox suspension and seatpost, a SRAM XO1 Eagle drivetrain and Hope brakes.

The range starts at £4,000 with the Pro model. They all come with a choice of ten colours. The orange and black paint jobs are free, but if you want one of the others, it is an extra £100. 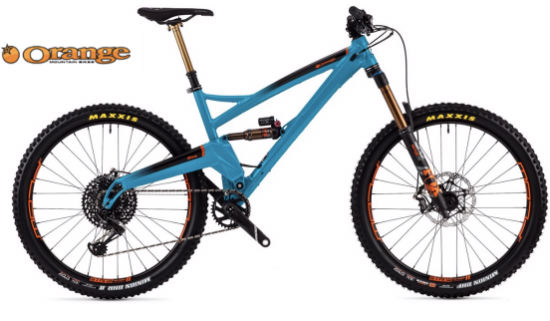 The Orange Five doesn’t look like it has changed that much since its launch back in 2002. It is one of the original British trail bikes, but it has been evolved over time to keep it up to date with the trends. For 2020, it has had similar treatment to the Orange Alpine 6 making it a completely new design. The updates include increased travel to 145mm on the rear shock with a more progressive tuning. The fork’s travel remains unchanged from its predecessor at 150mm.

Orange have rejigged the geometry to be in keeping with the modern way. They have done this by making the head angle slacker to 65 degrees and lowering the bottom bracket by 5mm. They have also increased the reach by 10mm to give it a more roomy feel. But in general, the geometry brings your weight forward, brings your seat closer to the handlebars and makes it a more stable bike to ride. This brings it closer to being an enduro bike. So you can expect it to be a very capable bike that will satisfy the needs of most riders exceptionally well.

The Orange Five has also been under the microscope to tweak the details. For example the cable routing has been improved to make it look tidier. Also, the upper and lower shock mounts, dropouts and bearing housings have all been revised. The pivot looks very similar to the older bikes, but it now allows you to fit 2.4″ tyres on wider wheels, to give you a larger contact patch if you desire. There are a few changes to make the big stiffer, stronger and lighter, such as a redesign of the swing arm.

For 2020 the Orange Five has had some changes to its sizing too. The XS has been deleted from the range, but an XXL has been added on to the other end. 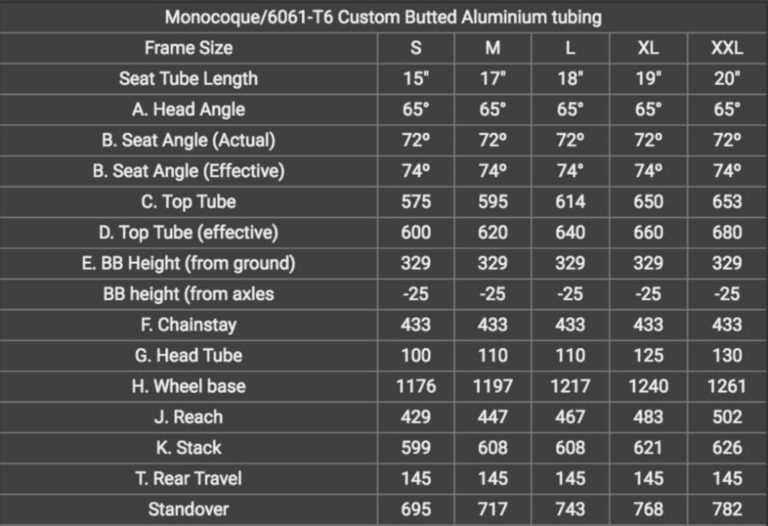 The range starts at £3,900 with the Pro model, with a few different options before you get to the blue one pictured above. This is the “Factory” version and is second from the top of the range. It is priced at £5,700 and has a similar spec to the Alpine 6. It has Fox suspension and seatpost, a SRAM XO1 Eagle drivetrain and Hope brakes.

This is a bike that will smash any UK mountain bike trail with ease. But it has a lot more potential to waste on manicured trails all the time. This is a do it all bike that will satisfy riders that want a quick blast at the trail centre, but could take on some techy stuff in the alps too. 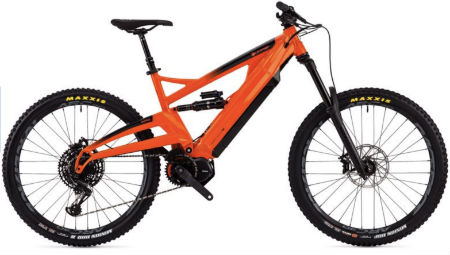 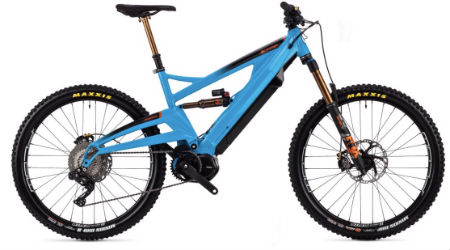 The Orange Surge is essentially the electric version of the Orange Alpine 6. Its new design takes inspiration from the Orange 327 downhill mountain bike. The changes make it a much stiffer bike than its predecessor, making it more responsive and more capable at coping with the torque from he motor.

The Charger is the electric version of the Orange Five. This means that it is is a very capable electric trail bike. It is cheaper than the Surge, but will be suitable for most riders that want some assistance to get them around the trails. 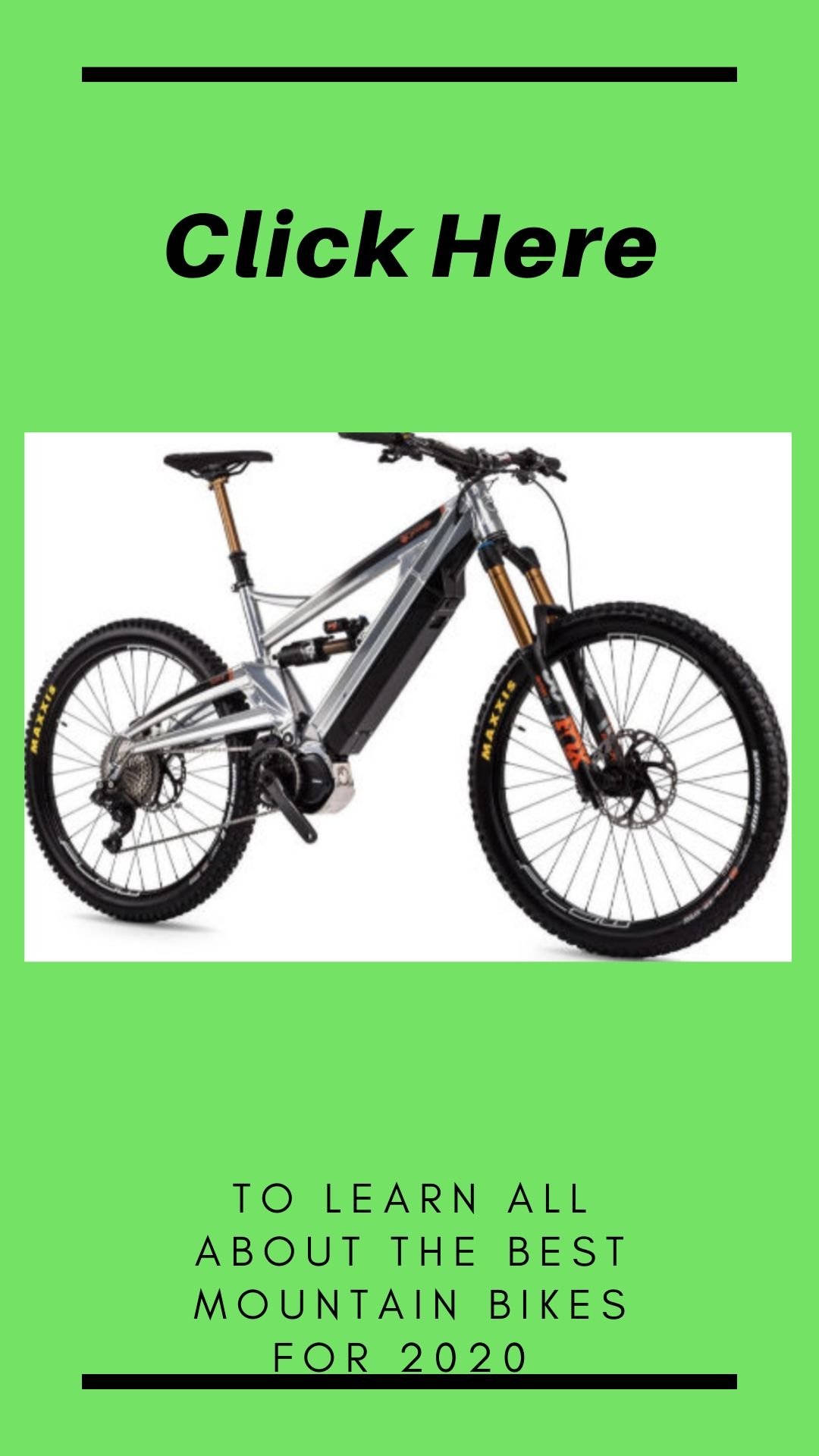 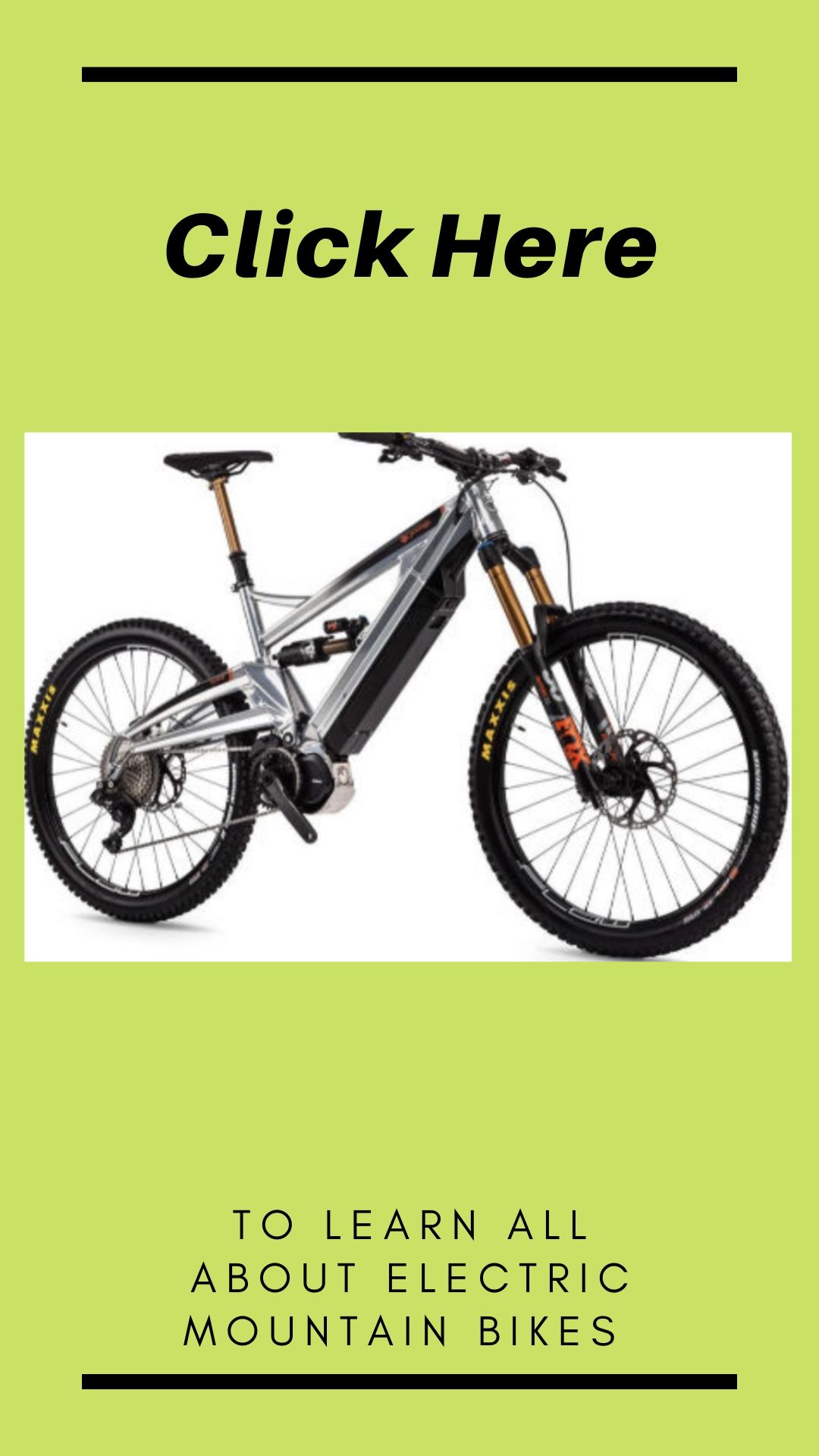 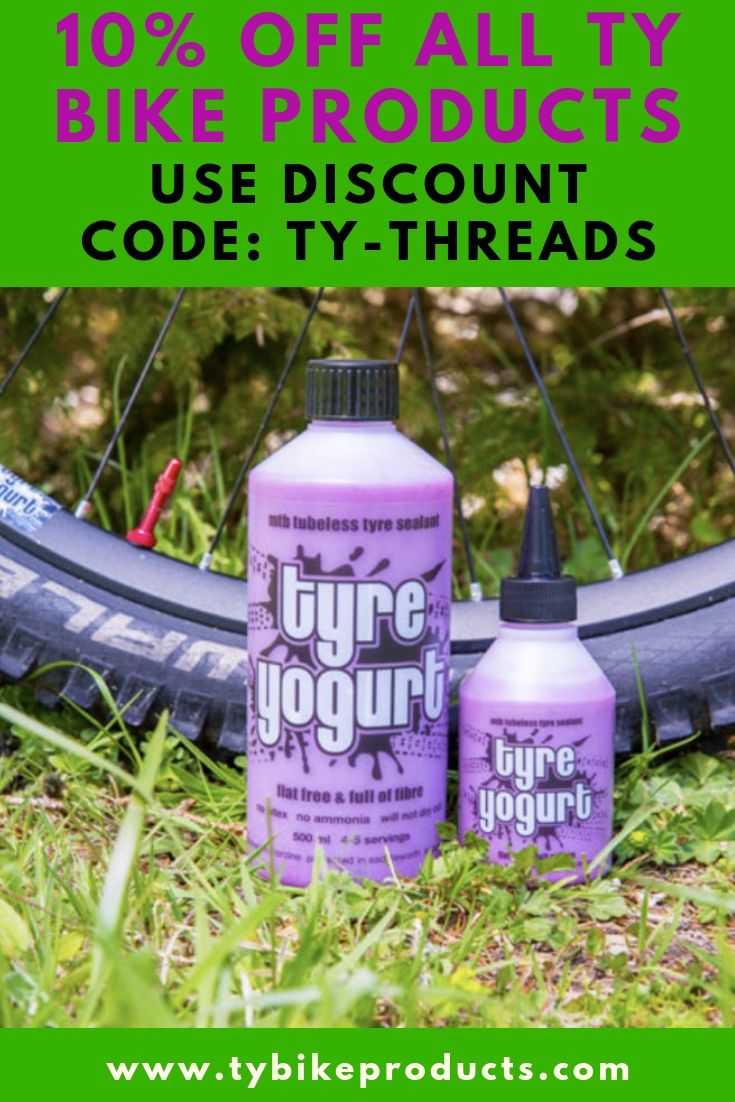